We are thrilled that Birmingham City Council have been awarded a GOLD Award for their Birmingham 2022 Commonwealth garden entry (their 10th consecutive medal!) A mixture of flowers grown at the council’s own nurseries and sporting-themed features make up the eye-catching display, which has an interpretation of the official Games logo as its centrepiece.

This year’s 10m x 15m display showcases some of the city’s iconic landmarks that have a link to the Games, along with highlighting some of the sports that will be contested. Passing through the centre of the display is a canal, in recognition of the fact that Birmingham has over 35 miles of canal running through the city.

The canal will lead to the Rotunda, the iconic tower within the city centre, forming a key part of the Birmingham skyline. The canal is filled with water, running along a diving board, a nod to the brand new Sandwell Aquatics Centre, which has been developed ahead of the Games and will become a community leisure facility post-event. On top of the Rotunda is the official Birmingham 2022 mascot Perry, standing proud looking over the display. Perry is made from coloured willow.

Hockey and squash are taking place at the University of Birmingham, depicted by a representation of the university’s clock tower ‘Old Joe’. Ensuring a link to the Games’ sports, there are two hockey players, also made from willow, playing in front of ‘Old Joe’ – made from rusty steel to represent the real version’s red brick structure.

On the opposite corner there will be a representation of Birmingham’s world-renowned Jewellery Quarter, from where tradespeople contributed to the manufacture of the Queen’s Baton - designed at Raymont-Osman - currently travelling around the Commonwealth before returning to Birmingham for the Opening Ceremony of the Games. The Jewellery Quarter clock, a prominent point of reference in the area, frames a creative interpretation of the event medals.

Edgbaston Stadium will be the venue for the women’s cricket T20 tournament, being staged for the first time ever at Birmingham 2022. The stadium is represented by its blue façade and a giant cricket bat, ball and stumps, placed in front of the building. Arena Birmingham also features in the packed display as the venue hosting rhythmic and artistic gymnastics. As well as the arena, a gymnast is represented on the display. Athletics will take place at the redeveloped Alexander Stadium, which is located in Perry Park. The sport is represented on the display by the long jump with a jumping figure, manufactured from steel and wood.

One end of the display will have a representation of Birmingham’s Town Hall, which is located in the heart of the city centre, adjacent to Victoria Square – which will host the finish of the Marathon at Games time. Boxing will be staged at the NEC at Solihull, and the sport is set to and be depicted by a set of giant boxing gloves and punch bag.

Cllr Ian Ward, Leader of Birmingham City Council, said: “After years of success at the Chelsea Flower Show, our amazing parks and nurseries team have done it again and, as we prepare for the biggest event ever to be staged in Birmingham, it's fitting that the 2022 display showcases the Commonwealth Games.

“This amazing floral display perfectly combines some of our landmarks as the Proud Host City and the various sports that will be contested at venues across Birmingham and the West Midlands this summer".

A total of 6,500 athletes and officials from 72 nations and territories are set to come to Birmingham for the Games, which run from July 28-August 8.Participants will be competing in 280 events covering 19 sports and 8 para sports over 11 days, with an estimated global television audience of 1.5 billion viewers set to watch the action unfold at venues across Birmingham and beyond.

After its appearance at Chelsea, the display will be reproduced in the grounds of Birmingham Cathedral between July and September, adding yet another dash of colour to the city during what will a memorable summer of celebrations. Team RO are looking forward to catching a peak of it over the Summer as we head to Birmingham for the Commonwealth Games!

VAVE stands for Value Analysis and Value Engineering. What does this mean for your product and, ultimately your business? 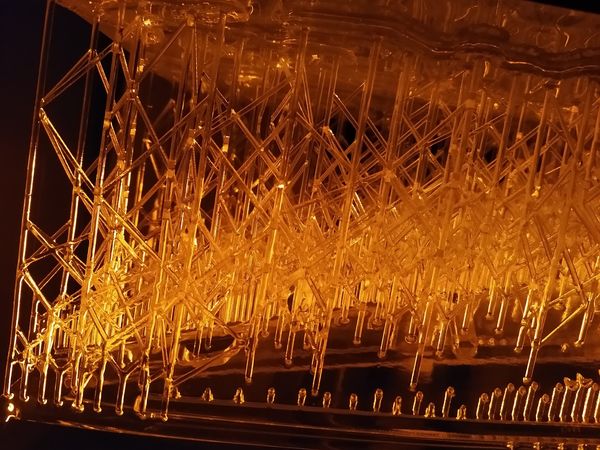 The Role of 3D Printing in Product Design

3D printing is revolutionising the design industry, but what are the benefits of using this approach - both in terms of prototyping and in the development of commercially-viable products?