Along our Baton journey, we have been privileged to have been introduced to some truly inspiration people. A few weeks' ago, Tom and Kelly were lucky enough to attend the University of Birmingham Chancellor's Dinner where they met Batonbearer, Avery Cunningham (photo right).

Talk about someone who has made a difference in their community and deserves the chance to shine!!!

Avery has been a keen advocate for equality, diversity and inclusion within STEM, predominantly for LGBTQ+ in STEM, in part drawing upon his own experiences as a disabled, queer, transgender person in STEM. His work has predominantly been with the charity oSTEM although he holds other positions such as Vice-Chair of the Institute of Materials, Minerals and Mining Pride network.

Within oSTEM he started off as the Chair of the University of Birmingham chapter, the 2nd chapter in the UK, before joining the wider oSTEM Inc. team as the first ever internationally-based volunteer overseeing the student chapters in the UK and New England portion of the US. Avery currently holds the position of Director of Student Membership where he oversees a team of volunteers that support our 100+ student chapters across the US, UK, Canada and Mexico. During his time as Chair of the University of Birmingham chapter, he founded STEM, LGBTQ & You, a conference dedicated to the LGBTQ+ experience in STEM, which later became the UK oSTEM Regional Conference and will be held for the 5th time in 2023! This has led to similar conferences being held for different Regions in oSTEM which Avery oversees with the West Coast oSTEM Regional Conference being held in March this year with others on the horizon. 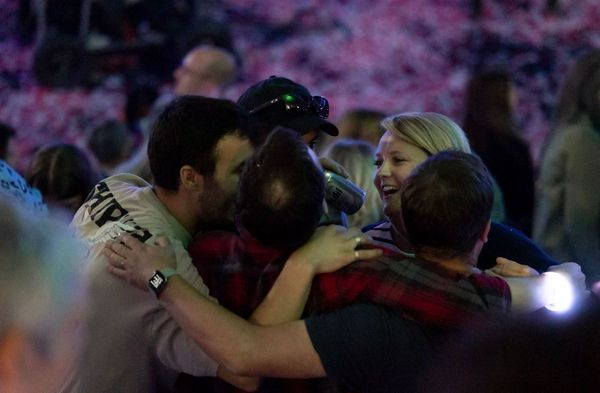 Here at Raymont-Osman, we are still coming down from the high after our evening at the Commonwealth Games Opening Ceremony on Thursday night! There were some pretty sore heads on Friday morning!