To do something to help battle Corona (COVID19), we have just installed Stanford University's folding@home on all of our CAD computers so instead of running FEA or moulding simulations, they are now simulating protein dynamics to help fight corona and a whole host of other diseases as part of a worldwide distributed computing network.

There are a lot of people in our industry that have similar high spec computers. If you can help out, please go to foldingathome.org and lets add some more computing power to solving this. It only takes a few minutes to set up.

It needs a GPU card, so anyone with a gaming PC can help too.

You can learn more about the Corona Virus Side of the project here but they are also working on Cancers, Zika, Ebola, Alzheimer's and Parkinson's among many others so truly a worthwhile cause.

After running from midnight Saturday, our computers have racked up over 100,000 calculation points. It can be set to run only when you computer is idle, so it won't affect your work, just leave your computer on over night!

The combined capacity of Folding@Home's distributed network is currently 98.7 PetaFlops collectively making it one of the world's fastest super computers. There is a lot more info on Wikipedia. By my estimation a computer with a GPU adds about 500 GigaFlops, so every 2000 computers that can be added raise the speed of simulation by 1%.

Another day of running and our computer network has reaches 166,000 calculation points for fighting Corona and also a little bit to help cure Cancer!


I've had a few questions on what this is about.

Viruses, like humans, are made with proteins. These protein molecules are incredibly complicated, with thousands of atoms linked together and they also move and fold up.

If we can work out how the protein structure of a virus, or other diseases like cancers or Parkinson's behave, we can start to identify or design proteins that can attack and destroy the disease.

This is an incredibly complicated problem and a single simulation on a normal computer could take five years. However, they can be solved on large, expensive super computers in a much quicker time.

What the team at Stanford and some other places like Rosetta and SETI have done is to break the problem down into thousands of small pieces and send these much smaller problems out to personal computers around the world. These personal computers then solve one small problem each with their spare capacity in about a day and send back the answer. These answers are then compiled with everyone else's to give the full result for scientists to study.

Effectively, you can donate your unused computer time to being part of a global super computer to help save lives.

Latest simulations are looking for drug targets on COVID-19. Folding at Home are hoping to have drug screening simulations ready to run next week. If you haven't added your computer's power to this, join now at foldingathome.org

Folding at Home has been running for over two weeks now on our computers and our folding team has also been joined by Nathan Tomlinson.

We have now completed 100 work unit simulations and half a million points.

The collective folding at home computing power is now over and ExaFlop which is ten times the world's fastest super computer. Still space for more though.

Donate your spare computer power here https://foldingathome.org/ those rendering computers with big GPUs would be perfect!

Sign up and get started in minutes at foldingathome.org 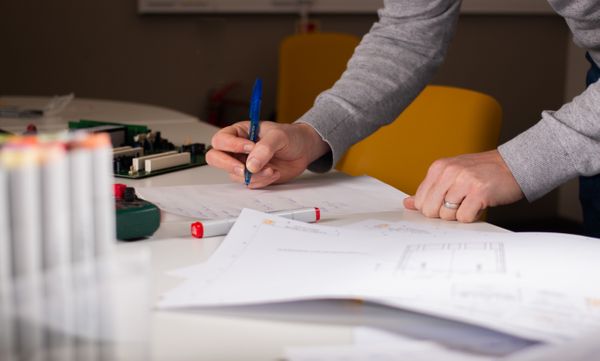 Why Product Design & Development is More Important Than Ever

Good design can often be overlooked. Product design and development is more important than ever.

Raymont-Osman named amongst the most Innovative midlands companies